Don't forget to watch the new episode of Stargate Universe, tonight on Syfy at 8 pm Central Standard Time!!!
~*~*~*~*~*~
I think I am finally starting to get the hang of the time change, thank goodness.  I don't know why it hit me so hard this year.  Once I actually got moving yesterday, I actually started feeling much better.  Maybe all of the extra rest was a shock to my system or something.  I dunno.  My Monday did get considerably brighter when both of my British DVD orders (Doctor Who season five and Sherlock season one) showed up a whole day early.  That was pretty spifftastic.

I also, in addition to rocking the laundry (despite a few recalcitrant socks that refused to use the buddy system during the process), managed to get a complete crochet project done, huzzah!

Pattern:  Angora Tam (available for free at Lion Brand)
Yarn:  Red Heart Super Saver in Aruba Sea (1/3 to 1/2 a skein)
Hook Size:  I-9
This is part one of a two part gift I am making for Flick Filosopher just because she's awesome and I want to show my appreciation of her.  Her site is one of my absolute favorites and I am on it many times a day, but from the sound of things she is going through a rough time of it lately.  She recently gave away a bunch of goodies to her subscribers, and I got a stuffed golden snitch.  I saved the return address so I could send her a little bit of good cheer (assuming I can decipher it).  Today I'll start on part two of the gift, which is a matching scarf.  I'm going to mirror the pattern in the hat to make it a nice matched set.  I don't know if I'll get that finished today, but it should still be a pretty quick project.

I somehow managed to get as much writing done yesterday as I had hoped to do.  It didn't look like I would, but last minute inspiration struck, I suppose.  I was tackling my first big "action" scene of the story, so getting it written was a bit of a challenge.  I have a little bit of a cushion built in, because I am still a bit ahead, even with having two days over the past week when I did no writing at all.  But I am trying very hard to keep that cushion in place and not let it be an excuse to get lazy.  Ideally I can hit 50,000 words and be almost done or be able to start wrapping up the story by November 21.  That's my personal goal.  But if I have a few off days, then I am still okay, as long as I keep at it. 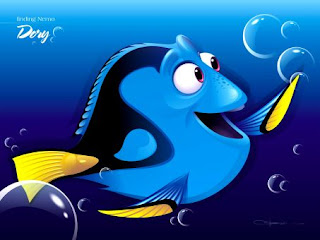