Better Than Coffee (For Keeping You Warm At Least)

I managed to tick another blanket off of my list, leaving only four left for the year (knock on wood).

This one was a wedding present for my cousin. He just got married this past weekend to an absolutely wonderful girl who I think makes a fantastic addition to our family. 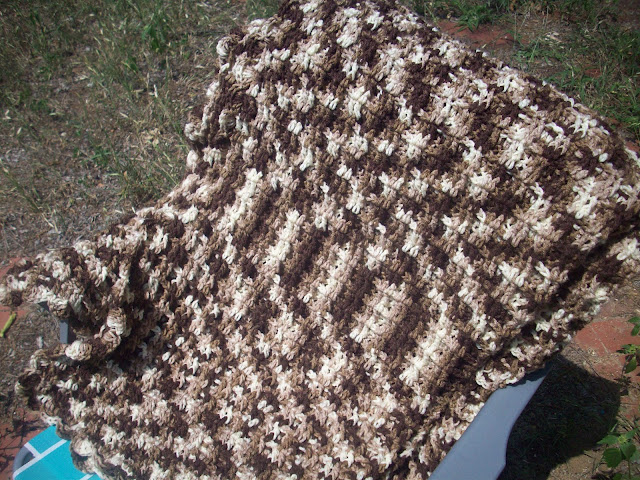 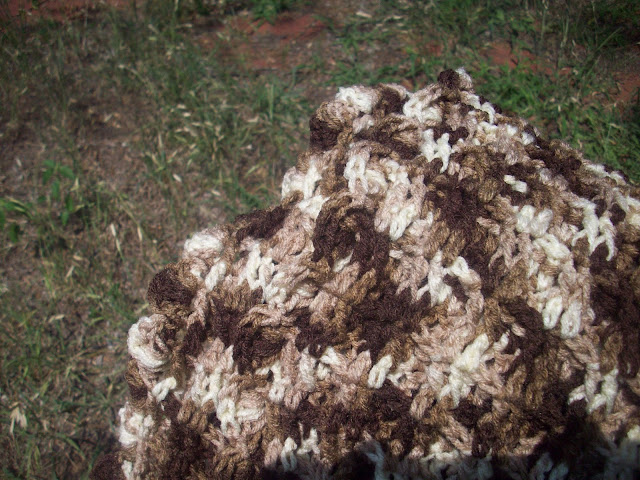 I will note that the dimensions weren't exactly what I expected for a throw--it ended up at about 72" by 40", which is a lot longer than I would have expected for that width. Something to remember for the next time I make this pattern, to be certain. Also, apparently (as you can see in the pictures) for just about one skein the variegation lined up with itself instead of staggering. I, of course, did not notice this until after I had finished and was photographing the blanket. I think it's okay, it just makes it a little quirky, not unlike the couple to which it was gifted. Still, a good reminder that working with variegated yarn on a large scale can have unexpected results.

Overall though I am really happy with how this turned out. As I mentioned in a previous post, the colors remind me so much of coffee and cream, and that makes the blanket seem extra warm and cozy, which should be perfect for cold Midwestern winters. Also, the really really cool thing about this blanket is the texture. It is all double crochet and front-post double crochet, so it has a fun tactile aspect. This was actually the reason I chose this pattern, because my cousin has severely impaired vision and I wanted him to be able to enjoy the feel of the thing.

All in all, I'd call this one a win. I am cruising along through the last baby blanket on my list and after that only three more full-sized blankets to go for the year. By which point it will be time for me to start thinking about what kind of holiday gifts I might be planning to make...

It's a never ending cycle, but at least it's an enjoyable one.
Author: SciFiTVFanGirl