Over the last month or so, I did a lot of crafting for my daughter's birthday, which was last week.

The first (and big) thing was one of her actual presents. I may have mentioned before that her favorite show is Phineas and Ferb. If you are not familiar with the show, the titular characters have a pet platypus named Perry (who is actually a secret agent, fighting the town's resident evil scientist). I found a pattern for the platypus, in pet form, and decided that I just had to make one for my daughter. 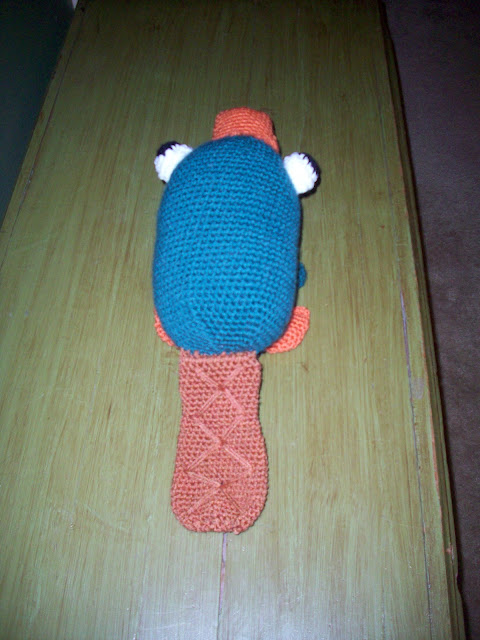 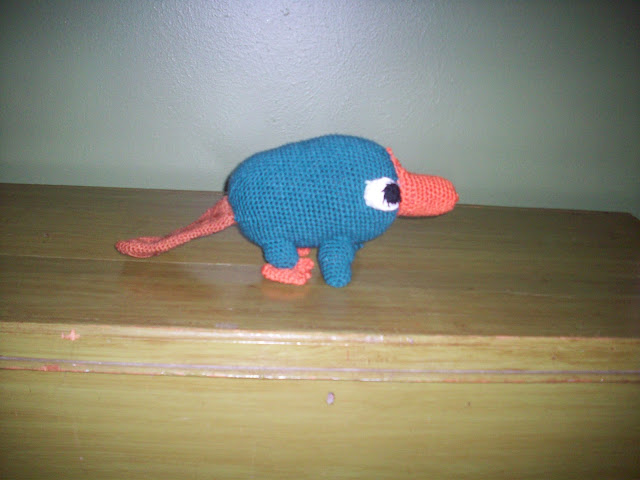 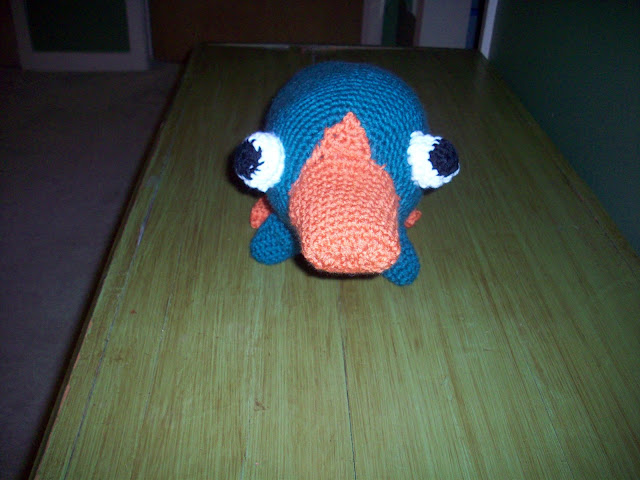 I am really really proud of how he turned out (even though I put his front legs on a little far back, I think). My daughter was absolutely thrilled with him and has enjoyed carrying him around and having adventures with him since she opened that gift. So I think that counts as a win all around.

On top of making her a present, I also made a few favors for her birthday party guests. It was a Star Wars theme, and for the kiddos I made light sabers out of pool noodles and duct/electrical tape, which were a big hit. But there were a few smaller kids invited, so I wanted to make sure I had something for them as well. I also wanted to have some prizes for kids for the games (that we kind of ended up ignoring completely, but oh well).

So, I dipped back into that stash of Star Wars amigurumi patterns by Lucy Ravenscar that I had purchased from Etsy last year.

I just used remnant yarn for them, none of them take up very much, and a size US G hook. The patterns call for a smaller hook, actually, but that wasn't working for me. These guys are all a lot of fun and very quick to make. They also seemed to go over well at the party. There ended up only being three kiddos plus my daughter there, only one of them too young for the light sabers, so I ended up just letting everyone pick one out to take home, and sent another home for an older sister who wasn't able to make it. Plus, Baby Girl ended up getting to keep one of the Leias and a stormtrooper, so win!

Anyhoo, doing all of these smaller projects really helped to get my crochet mojo back in gear, I think. That, and the really gorgeous new set of crochet hooks I got for my birthday. So on Sunday I dived back in to working on the dragon blanket and am now past the halfway point, huzzah! I am going to aim to get five rows done a day, which should have me through the tricky part in the next week. Fingers crossed I can make that work, because then I can have this puppy finished by the end of the month, which is my goal.